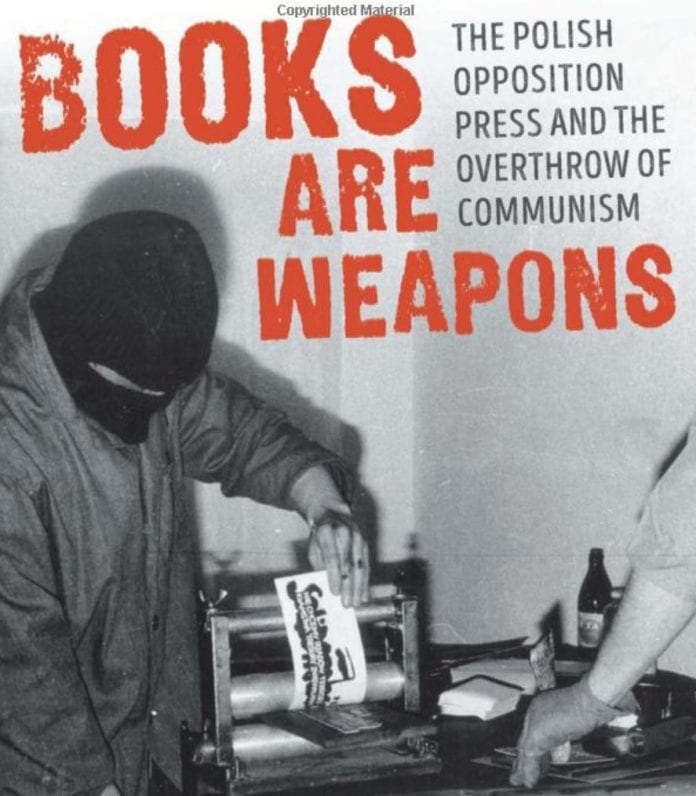 Canada is not a racist country, nor are its institutions

Books Are Weapons: The Polish Opposition Press and the Overthrow of Communism Paperback – Illustrated, Jan. 5 2018

See all formats and editions

Siobhan Doucette has provided the English-speaking reader with a comprehensive examination of the uncensored print media that developed in Poland from the mid1970s to 1990. Samizdat and underground literature existed throughout the Soviet bloc. What distinguished Poland from other Communist-controlled countries was the mass scale of the uncensored media. That was possible because typewriters producing carbon copy typescripts were replaced by simple printing machines—an echo of the mass production of books made possible by Gutenberg printing machines. The scale was sustainable because independent publications were sold, not given away, and authors and especially printers were paid for their work by NOVA and other independent publishing houses that arose.

The independent Polish press “employed” thousands of authors, printers, and distributors and had an estimated 200,000 readers prior to 1980. From August 1980, when the independent trade union Solidarity was partly legitimized, until December 1981, when martial law was imposed and Solidarity was forced underground, some 1,900 serial titles and some 2,500 monographs appeared. By mid-1981, one third of the population had access to uncensored publications. Hence the accuracy of the Polish term drugi obieg (second circulation) for what developed into an independent media system paralleling regime media and outside the control of the Communist Party, the censorship office, and paper distribution officials.