Dear Mr. Miller,
In Columbus Dispatch, Sunday, August 23 you placed kind of editorial statement titled:
“We pledge to increase newsroom diversity”. As an emigrant to this country in 1968 I spend 20 years living and studying under communistic government in Poland.

I did not come to US because I was hungry, but I came to try myself in the free business environment, where I will be judged not because of my communist party affiliation to which I did not belong, but by my own merits. Yes occasionally I had to laugh off ridiculous jokes about “How many stupid Polackes take to screw in a light bulb”, but it did not hamper my career as a scientist and engineer.

Now your editorial article reminds me of situations I experienced during meeting of The Association of Polish Students during my study at the Polytechnic Institute in communistic Poland. We were asked by the communist party secretary to criticize our own parents for listening to the Voice of America on the radio or telling jokes ridiculing our march to socialism.

We also had a so-called free press which followed commands coming from Moscow. Quality of information was on par to those papers belonging to US Today Network or Gannett Company. Fortunately, an impact of this propaganda was minimal and did not damaged our spirit for free expression. We used such newspapers as toilet paper, which was always in short supply or to make joints of tobacco to smoke in the school lavatory.

In you Editorial Pledge you are apologizing for a variety sins your organization as a Editorial Office of Columbus Dispatch committed and you elaborate on how you plan to address and correct them. You also imply that all the white readers are cursed with endemic racism when making statistical comparison between number of readers and number of staffers in different racial categories which you also account women as a separate race.

To my surprise you are missing one important group called LGBTQ+. Why you do It? They deserve to be also counted as separate races and should not be hidden under one name, but separately as L,G,B,T,Q.+.

I may ask you how many (+) people you have in your editorial staff?

In all this Orwellian gobble goop about social justice, diversity, equality, systemic racism, transparency of your intention you forgot one element which makes any work meaningful, be it journalism, engineering, farming, or brick laying. It is QUALITY!!! Now we are living in the time of Pandemic of Covid-19 which finally sorts the grain from the chaff. If you or your family gets infected from Corona Virus and your life is at stake, would you prefer the best doctor, nurse or anesthesiologist attend to your health? Or would you ask hospital to follow the racial proportional guidance?

Will you also consider dropping the name of Columbus from title of “Columbus Dispatch” which implies that you favor slave trader, Christopher Columbus?

Our city. Columbus, Ohio major already got rid of 3 monuments of Christopher Columbus. You should follow the progressive lead. Do not behave as a laggard.

With best wishes for your reform,
Jan Czekajewski, Ph.D.Columbus, Ohio, 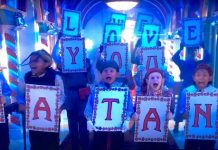 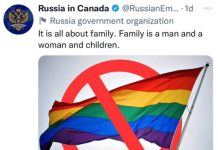 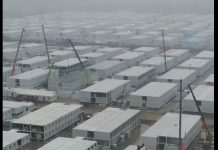