Not to do so hurts us, our allies and the environment German Chancellor Olaf Scholz recently completed a trip to Canada to discuss, among other things, Europe importing Canadian natural gas. With the invasion of Ukraine, and the sanctions that followed, Germany, which imported 55 per cent of its natural gas from Russia in 2021, has had to reopen some coal plants and has started looking for other sources to meet its natural gas needs. As difficult as this situation is for the German population, this transfer of consumption toward natural gas from other countries is part and parcel of the Western response to the first conventional conflict Europe has seen in decades.

Despite everything, this is an exceptional opportunity for Canada to help both its own economy and that of its allies. Quebec alone has estimated natural gas reserves of between 2.8 trillion m3 and 8.5 trillion m3. According to the Canadian Energy Research Institute, the development of these reserves could bring in close to $15 billion in tax revenues and royalties for the province over a period of 25 years.

Despite these substantial economic benefits, the governments of Quebec and Canada refuse to green-light the development of natural gas or the construction of the energy infrastructure needed to export the gas already produced. Citing a lack of usable infrastructure in the short term and using the pretext that the consumption of natural gas emits GHGs, the Canadian and Quebec governments block every measure that could facilitate export.

The absence of pre-existing infrastructure is not a valid reason to justify these governmental refusals. Indeed, considering how quickly Germany expects to complete the construction of its LNG terminal and have it up and running in just a little over a year, it’s clear that Canada could act within a similar timeframe. There’s no reason Canada could not build a terminal just as quickly – and the longer we wait, the worse things will be for our European allies.

The environmental argument doesn’t hold water either. Natural gas is a transition energy. Since it is less polluting than coal, the transformation of coal power plants into natural gas plants led to the reduction of 500 million tonnes of CO2 in the world between 2010 and 2018, the equivalent of replacing 200 million gas-powered vehicles with electric vehicles powered by electricity generating no GHGs.

Moreover, the European Union recently classified natural gas as a green energy source. As for Énergie Saguenay’s natural gas liquefaction plant project, it was expected to reduce global emissions by 28 million tonnes a year, with lower GHG emissions during liquefaction than comparable plants in the United States and Qatar. In addition to the project’s environmental benefits, the plant is expected to generate over $800 million a year in economic benefits and $110 million in tax revenues for the federal and provincial governments.

Despite the substantial economic and environmental benefits of projects to develop and liquefy Canadian natural gas, governments continue to refuse to let these projects go forward.

Canada is not only shooting itself in the foot; it is also hurting its European allies which are attempting to present a united front against Russia. And on top of that, Canada is refusing to reduce global GHGs by further developing an energy source the European Union considers to be green. Clearly, Canada can and must do better.

Olivier Rancourt is an Economist at the Montreal Economic Institute. 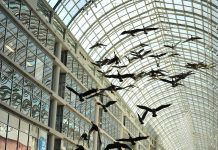 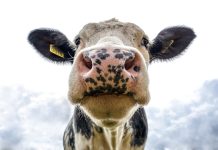